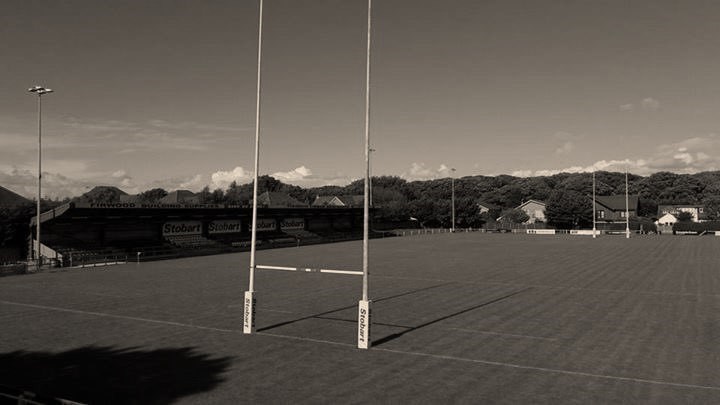 The 16th March 1921 is the 100th anniversary of the first game played by Firwood Waterloo Rugby Club at the home, The Memorial Ground, Blundellsands.

The inaugural match against a team from Liverpool Rugby Club kicked off at 5:15 and was won by Waterloo, although the score seems to have been forgotten in the mists of time.

Covid restrictions have prevented us from holding any form of celebrations -  they have had to be deferred to another time.  For now, we can at least remember the origins of our current ground.

The late and much missed Ian Hamilton-Fazey wrote an excellent history of the club for its centenary in 1982.  This has now been digitised and can be found on the club’s website.

Using extracts from Ian’s booklet we know that the club started playing firstly off The Serpentine in Blundellsands, before moving to Manley Road and then Haig Road both in Waterloo.  Hamilton-Fazey takes up the story of the move to St Anthony’s Road:

The scheme was ambitious and was to cost £10,000, a massive sum in 1919.  The key influence [for the move], however, was none other than the man who had captained Waterloo for much of the 1890s, Rex Schofield. When Schofield suggested buying a new ground, some thought him mad. But he argued well and carried the meeting. The senior members present determined to carry the project through, whatever the financial burdens involved. His [Schofield] was the inspiration to buy the Blundellsands ground and he was later to be elected president for its opening and for the club's first full season playing on it.

[It was] decided that the new ground should be the memorial to Waterloo's war dead and that it would be second to none in the North. The hope was that from it Waterloo would spring anew, reborn, and grow more quickly and more strongly than it could ever have done at Haig Road. The Memorial Ground would help establish the club in the very top flight and also help in getting those elusive, prestigious fixtures, especially if the new facilities attracted good players.

What more fitting tribute could be found for the fallen than to make their club, where they had enjoyed happy days and were remembered for them, where they had formed deep bonds of friendship and team spirit, and from whence they had gone as pals in the King's to die, a major force in rugby throughout the land? Out of the carnage of Flanders, men would turn their energies towards creating something that would testify to supreme sacrifice and live for ever as succeeding generations of young people played the game. Indeed, "They played the game" was the phrase used by Brigadier-General F.C. Stanley when he opened the new ground. "Nothing," he said, "can more effectively sum up the conduct of those who served and fell than these simple words."

So history came full circle as the club moved back to Blundellsands, not far from its original home by the Serpentine. The only problem was that the site was part of a nine-hole course forming part of the West Lancashire links . . . which was dotted with numerous bunkers. Levelling it to create two flat pitches was going to take a lot of time and money.

A policy of do-it-yourself towards the work was the only one the club could afford. Every Sunday afternoon there was a major work party. If there was a moonlit night we would also work then."  The work took 14 months and the ground opened in March 1921. Waterloo had its Memorial Ground and it was to be known as that for years to come.

The effect of the Memorial Ground was quite dramatic. According to Dawson Hayward: "There was a terrific influx of new, non-playing members. You have to remember that life was so very different in those days. There was no radio or television and if you wanted to watch sport you had to go there and see it as it happened. It gave me a lot of work as secretary."

The public, eager perhaps for diversion as the country struggled back to its feet after the war, now had a decent ground at which to see their rugby, and one situated on a major railway line in a burgeoning suburb filling with increasingly better-off people. Waterloo's gates started to grow to figures beyond the wildest fancies of its founding fathers, particularly as representative honours started falling to the team's star players. Derby matches against Birkenhead Park regularly attracted more than 8,000 spectators and, says Dawson Hayward, one crowd even broke the 10,000 mark. With Birkenhead Park supported by thousands of Cammell Laird workers, a trip to Blundellsands on the railway was a good afternoon out after work finished at Saturday lunchtime.

Interestingly, the programme shows that the club was established in 1880 and the colours are green red and white.  So when did we assume the more elegant myrtle and scarlet?  Can anyone please tell us?

As we emerge from lockdown, our thoughts turn to the resumption of playing and being able to use our club.  We will again need “major work” parties to help prepare The Memorial Ground for its second century.  We know that we can count on the support of our volunteers and will post details via email, the website and social media.  In due course, we will be able to celebrate a fascinating 100 years at St Anthony’s Road and look forward with confidence to be able to meet up and watch more exciting rugby.