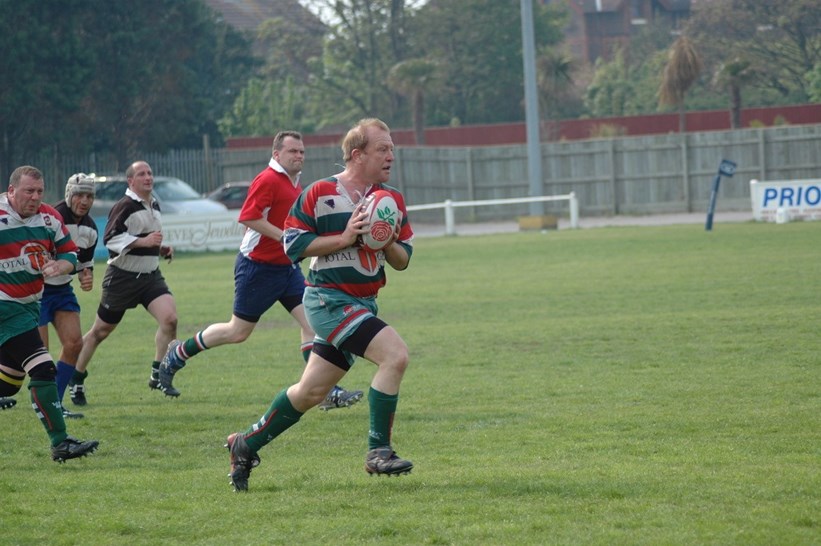 We look forward to the Men's First games of the season and while the Women and the Minis and Juniors’ season holds off a little longer I think we can welcome ourselves into the latest rugby season.

However, before rushing into the weekend, I just want to reflect a little and say a few words on an event past.  You will have seen last week that George Moore stepped down as Chairman.  I am conscious my note preceded slightly the announcement made by George ad some may have wondered why I did not mention it, that was simply because timing was for George to determine and I said I would comment after.

I have seen the comments from Dominic already and would wish to echo those.  George came to the Club when his son Steve took on the role of coach.  They were difficult times for the Club and Steve helped us considerably in his time before handing over to Jan van Deventer.  George could have stepped away then, but continued to work for the Club as a Director, looking to build sponsorship and then in the last few years as Chair.  He has put a considerable amount of time and effort into the Club and I am sure we all appreciate his efforts and, on behalf of the Club, I would simply look to thank him for that time and effort. It is the efforts of those who volunteer that help the Club to function, and will, hopefully, continue to contribute to our survival.

In thanking George, I also look to welcome Dominic MacKenzie into the role as Chair. Although my memories of that particular "hot seat" are fading I know that he will need as much support as we can give him in the role and that in turn I believe he will give his very best to maintain and hopefully boost all elements of the Club.

His immediate challenge is at Penrith.  He will take on the role as playing Chair and will be on the bench for the First Team as they grace the plastic of Penrith for what I am sure will be a very tough opening fixture.  It is a bit of a baptism in Cumbria for the Men as the Seconds travel to Kendal, sharing a bus with the First team and providing the opportunity for a first social event.  They have had two solid workouts against Ormskirk and Lymm and have shown enough to have us feel encouraged to venture forth with them.

Maintaining the away starts, the Third Team Green Machine travel to Liverpool St Helens with a host of familiar names, but a new captain in Andy Swain.  Talking about big boots to fill, Andy takes over from the incomparable Dave Bentham who must, although I never checked, have worn some pretty big boots!

On Sunday, the new look Senior Colts, an amalgamation of last year's Junior Colts and the Under 16s start the season with a home game against Wirral with kick off time this year at 2. I wish the new venture well and am sure with the coaching talent and playing talent at their disposal they will do well this season.  Although the main thing, as always, is that they enjoy their rugby.

What of the Women you might ask?  Well I can tell you they have a final pre-season fixture against league rivals Darlington Mowden Park before their league campaign starts on 21st September at home against Gloucester Hartpury.  A mixed squad had a good first hit out last Sunday against Newport Gwent Dragons and showed some promise against a spirited side.

At the start of every season there is a bit of change to become used to.  I hope we can continue to work together and support each other to make this a really enjoyable season for all of you.