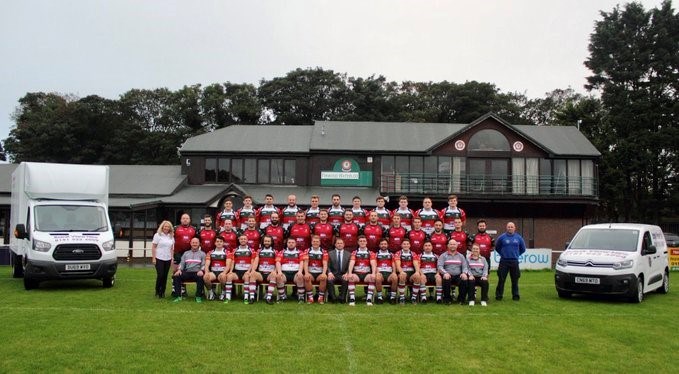 Firwood Waterloo give a defensive masterclass for a hard earned win.

After last week’s rest, Firwood Waterloo returned to action away to local rivals Warrington, winning by 7-17.

Playing in temperatures that would not be out of place in Siberia, the boys in myrtle had very little possession yet managed to contain a strong Warrington side.

In previous matches this season, the Blundellsands side have started games with pressing, attacking play.  Whether by design or circumstance, in this match it was the turn of the hosts to spend long periods in ‘Loo’s’ half of the pitch.  Indeed, it was around 25 minutes until they managed to escape ‘uphill’ into their opponents half with Daragh O’Brien taking the opening points from a penalty.

During this spell the visitors defended magnificently with both forwards and backs contributing well as they contained the sustained Warrington attacks and at half time held onto their slender 0 – 3 advantage.

In the second period Firwood Waterloo began to play more of an attacking game.  With Warrington down to 14 men after conceding a penalty, ‘Loo opted to take the scrum.  From quick possession O’Brien gave a slick pass to Luke Nelson to cross the whitewash.  A second try followed from broken play, Will Meades taking the honours for the visitors to lead 0- 17.

To their credit Warrington persisted with their attacking game and had the majority of possession in the match, consistently testing ‘Loo’s defence.  Their well-deserved try came late in the game from a rare Firwood Waterloo mistake through a spilled high ball, but this was not enough for the home side to earn a losing bonus point.

As usual, the team was well supported by a band of travelling supporters.  John Hare described the match as “a game of one half” as most of the play was confined to ‘the bottom of the slope’ end of the pitch.  And given the weather conditions, uber fan Rob Cain christened this “the deep end”!

Versatile captain Jack Weare praised the performance of his team as, “we showed determination in defence showing the valuable work done over the summer.  We defended well for big portions of the game and when we had our chances, we took them”.  He added, “We are on the right path in the lead up to Christmas and we will keep working hard to improve and refine our strengths.”

After the match and when he had thawed out, Coach Stuart Turner said, “Their forwards were very good in set pieces and kept control of the ball for long periods on a heavy pitch.  We had to be patient for the few opportunities we had, which I am delighted that we were then able to convert.”

Next week, Firwood Waterloo are at home for a first meeting in this league with Bowden who have found things tough following their promotion last season, winning only one game.

Report written with grateful assistance of the travelling faithful.