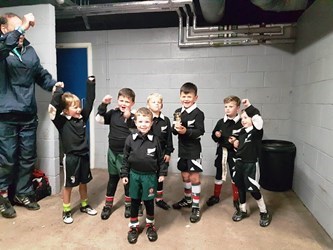 It’s at this time of year that we normally come together as a Club to celebrate the M&J Season at the Presentation Night.

However, due to current circumstances this has been postponed to the start of next season, so we thought it would be a good opportunity to put together some Highlights of the Season from a M&J perspective.

The author would like to thank the M&J teams for their input on which this report is based. The Individual Team’s reports can be viewed as separate news stories on the website.

Training started back in September under glorious sunshine and over the next couple of weeks there were approx. 310 players registered from U6s up to Senior Colts.

The first competitive matches of the season coincided with England’s opening match in the World Cup against Tonga. The Mini’s played their traditional fixture against Liverpool Collegiate with the Junior’s playing in the first round of the Lancs Cup. With England kicking off at 11.15am it was great to see the Club house packed with players and supporters of all teams who made it back after their matches in the morning.

The U7s represented the Club at the ‘World Cup Festival’ held at Rochdale Rugby Club, with each team playing as a participating Nation in the World Cup. Steve Thompson’s ‘Waterloo All Blacks’ did us proud. 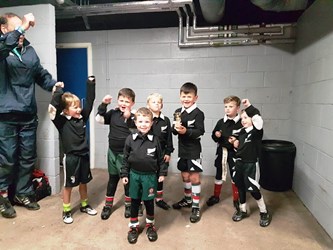 The Waterloo ‘All Blacks’

On the first Sunday in October the U7s, U8s & U9s attended the annual Festival at Manchester Rugby Club for some ‘fun in the mud’ due to the recent heavy downpours that had flooded parts of the country. 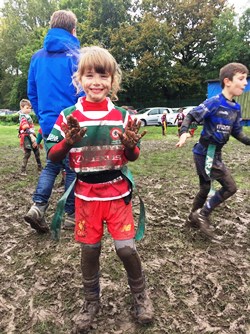 Waterloo U7s Fun in the Mud

On the following Saturday, the Club held a ‘Club Day’ with England playing France in the World Cup in the morning and the 1st XV at home to Burnage in the afternoon. The U10s played Southport as a warm up match and then ran out with the 1st XV players as Mascots with the U11s forming the Guard of Honour on the pitch. This was a thoroughly enjoyable day as it was great opportunity for the M&J to show support for the 1st XV and introduce the Club to new members and families. 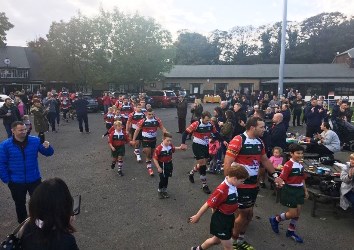 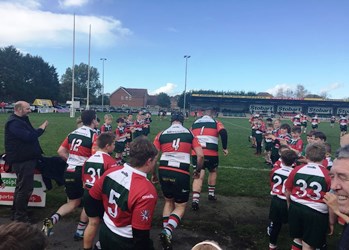 In October, the U16s travelled to Dublin on Tour and played some outstanding rugby to win both games against their marvellous hosts Dublin High School and Dublin Wanderers. The Wanderers game saw them reclaim the ‘Billy the Bass’ trophy (the younger version of ‘Percy the Pike’). 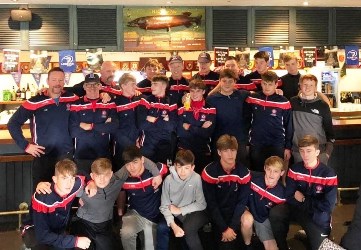 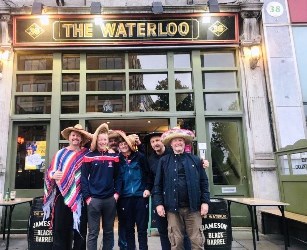 Waterloo U16s on Tour in Dublin

The Mini’s played the traditional Remembrance Day fixture against Southport in November, with all impeccably observing the minutes silence at the Club and Hall Road. 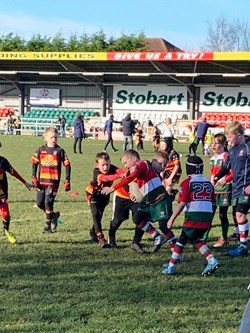 Waterloo U9s in action against Southport 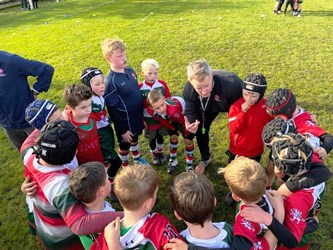 In November the U16’s played Cobra who are North Wales Champions. It was a very competitive, good natured match which the U16’s won 40-0. They are looking to return the fixture next season.

The Junior Teams continued their steady progress through the Lancs Cup in November and December.

The U12s played in their second round of Waterfall fixtures in the Merseyside group, winning both matches against local rivals LSH & Southport.

The U13s progressed well in Group A with 3 home wins against Sedgley Park, Vale of Lune and Aldwinians.

The U14’s had 2 convincing wins against Littleborough and Sedgley Park but lost narrowly to Rochdale in a rematch of last season’s Lancs Cup Final.

The U15’s beat Eccles but suffered a narrow defeat to Tarleton.

The U16’s continued to progress with a victory against Manchester.

On the 14th December 2019, the Senior Colts attended the WOPS Xmas Lunch and presentations were made to 12 players who have played for the club all the way from U6 through to Senior Colts. 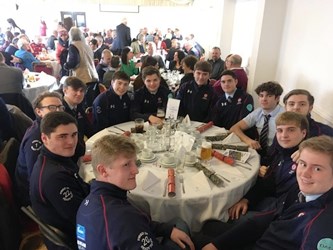 The Mini’s celebrated Xmas with some fun games at their last training session. The U6s & U7s were visited this year by ‘Mother Xmas’ and a ‘Big Elf’. 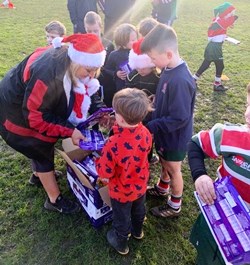 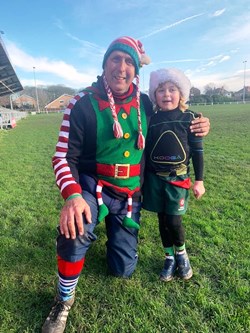 The U13s celebrated Xmas with some go-karting where the lads showed the Dads how to do it – apart from one of the Dads who had kept his semi-pro karting experience quiet!

The New Year saw all Junior Teams return to action in the Lancs Cup.

The U12s held their round of Waterfall fixtures at home.

The U13s finished their round of 7 matches with 2 away fixtures at PGH & Wigan.

The older Junior teams all registered wins in the Lancs Cup as the group games came to an end which meant all teams progressed through to the Qtr. Finals of their respective groups.

The U14s recorded a convincing win against Southport and overcame Liverpool Collegiate 26-12 in a hard-fought victory.

The U15s overcame Fleetwood in a very tight match 19 – 17, whilst the U16s had a bye against Littleborough. 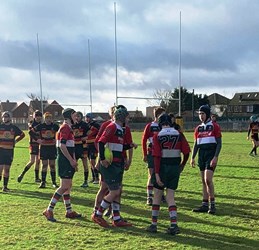 The weather started to turn towards the end of January – pitches frozen one week followed by hail stones at Preston on the last Sunday of the month.

Storms Ciara and Dennis hit on consecutive weekends in early February meaning there was little rugby played. Hall Road was unusually waterlogged. The U14s had to brush the pitch to ensure their match was played. 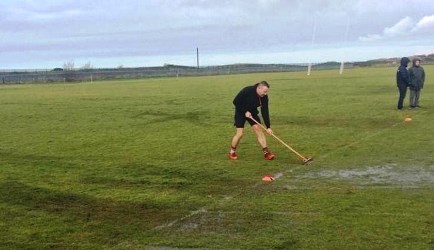 The U6s & U7s had some fun on the beach when the pitches were unplayable at the Club. 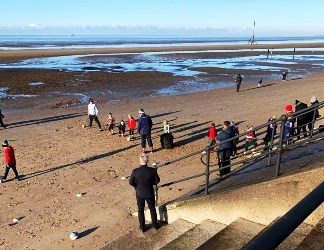 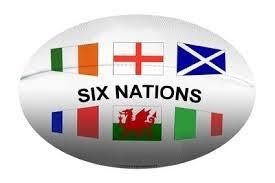 As the Six Nations progressed, a new venue was introduced when the U13’s held their own mini 6 Nations Tournament at Hall Road.

The players really enjoyed this and played some of their best rugby of the season.

In March, the weather started to improve as the U11s and U12s played in the Land Rover Festival at Manchester Rugby Club that had been postponed from earlier in the season. 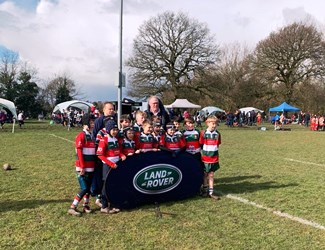 As the season ended earlier than expected the U12s and U13s unfortunately were unable to participate in the Lancs Cup Final Festivals for their age groups.

In their first season in the Lancs Cup Waterfall– the U12s only lost 1 out of the 6 matches played recording 4 wins and a draw, whilst the U13s won 5 from 7 in Group A – a great performance from both teams which bodes well for the future. 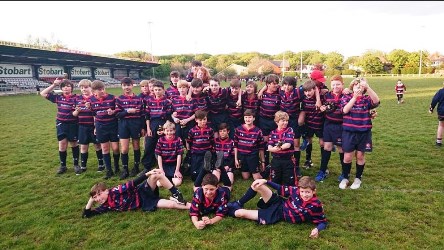 Before the season ended early the older Junior Teams were able to play their Lancs Cup Qtr. Final matches;

The U14s beat Warrington in a close fought match. As they were the only team to complete their quarter final – they got further than anyone else in their age group in the Lancs Cup! 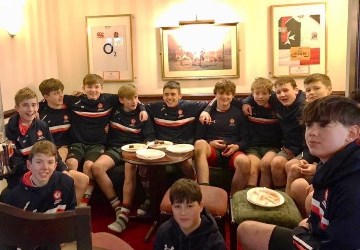 Following their successful exploits last season, the U15s were disappointed to lose against Bury. 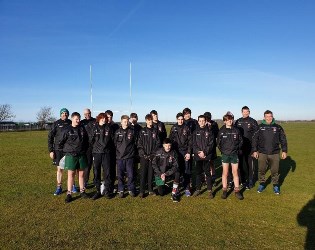 The U16s continued their unbeaten run with a convincing win over LSH to reach the Semi Finals. 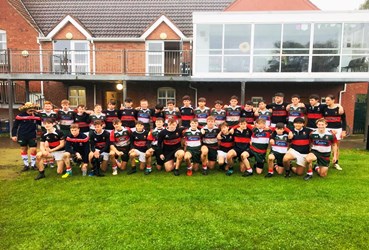 The Senior Colts were able to play their Semi-Final and in beating Makos they reached their eighth successive Lancs Cup Final – a great achievement. 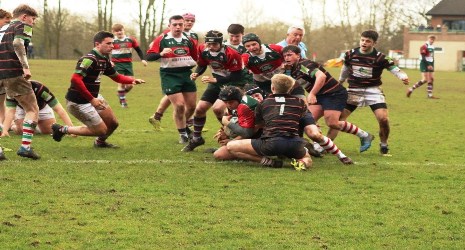 Waterloo M&J players continued to achieve representative honours at County Level and beyond;

U18s – Twin brothers Finn and Keir Gordon played for North of England U18’s with Keir going on to make the England Counties U18 squad. 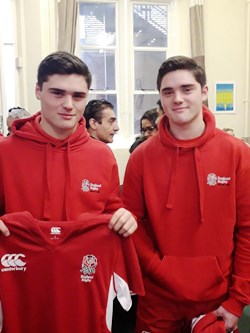 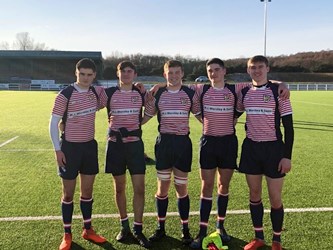 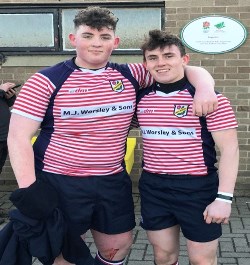 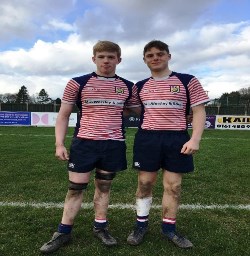 In the U14s 7 players were selected for the Sale Sharks Development Programme together with an impressive 11 players from the U13s.

A special mention for Isobel Smith from the U11s. As there is no mixed rugby from U12s onwards she will be playing her rugby at one of the local Girl’s development teams from next season. She has represented Waterloo with great dedication, commitment and determination from U6s and is also a great supporter of both men’s and women’s teams. We wish her well on her Rugby career which we follow with great interest and look forward to seeing her return in a Waterloo shirt in the future.

Although it was disappointing for the season to end early, there was still a great deal to celebrate over the season.

In his report Kev Ronan from the U8s notes that;

When asked for the standout moments of the season, a response from one of the players was, “The chips at Waterloo!”  and the worst, “When they ran out of ketchup at Southport!”  However, when pushed about the rugby, “Playing rugby with my friends,” was the most memorable aspect of U8s at Waterloo.

This sums up why Rugby is important to Players of all ages. 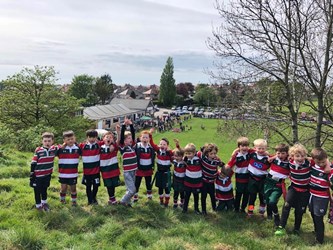 It can be seen from the smiles of the players of all ages, in the photos in this report, how much enjoyment the rugby experience provides.

We thank all players, coaches, club officials, referees, helpers, parents, carers and supporters for their commitment this season and look forward to welcoming all back next season to continue the enjoyment……