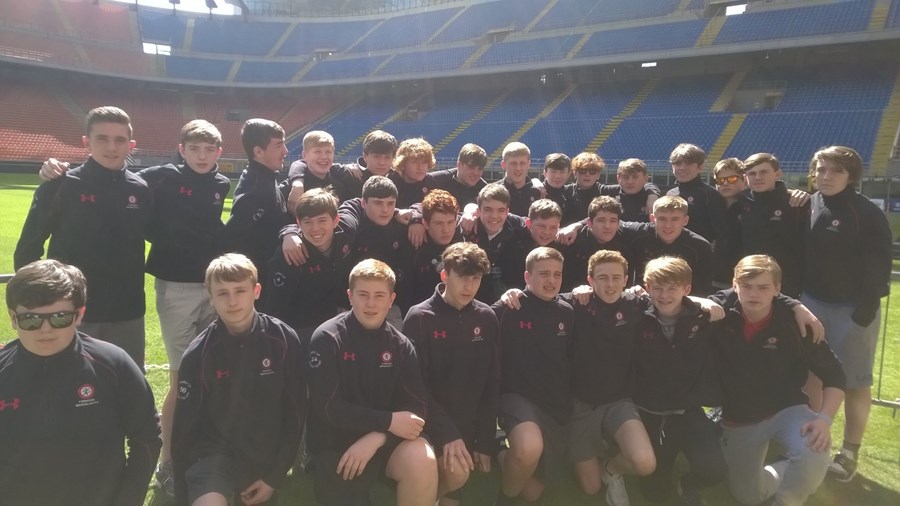 To be honest, I don't actually know where to start

Hi friends, it's been a while...after Master Rooney instigated Mr Rooney's retirement, unfortunately you're left with me again.

To be honest, I don't actually know where to start, it must be writers rust.
Speaking of rust, I don't think I'm stating the obvious attaching such a word to the display from Waterloo's first adventure into Junior Colts rugby.
You see, whilst the Merchant Taylor's globe-trotting tour to the other side of the world, under the tutelage of Capt Jack kept those boys ticking over, it didn't enable boys at home any quality training time, certainly compared to last years 7 week pre-season.

So we kicked off against a strong Chester team off the back of only a few sessions, entering into the relative unknown. Add to that, several boys have left a victorious squad for a multitude of reasons, including some moving to new schools up't north for sixth form, best of luck to those, it left a new look & balance to the team.

On to the game, I think it's fair to say that Chester started the brighter, although neither side had the ascendancy, arm wrestle would suffice but in the wrong half. Chester looked more alert, more athletic, a yard quicker across the park. That paid off when a decent clearing kick under pressure from Loo was fielded by a Chester winger who had fire in his boots, he flew down the wing unchallenged to dot down under the posts, great try. Somehow the kicker talked himself out of the add ons straight in front...0-5.

Nowt much happened for a period, blows traded, until Doyley broke the line for Loos first foray into Chesters twenty two. The Chester 10 was in the wars several times & came off worse when trying a WWE style throw on Barker, which in effect gave Loo breathing space & opportunity to probe. Loo made hay, securing the line-out on the Chester 5mtr, a couple of grunts toward the line the ball was spun out, finally finding the hands of flying wing Joe Stuart who doesn't miss from that distance. A hard kick missed tied the game at 5-5.

The next phase of play saw the downside of sport & every parent’s nightmare. Capt Alex Barker took the ball in midfield & set off on his usual ball busting run, however, stepping off his right he crumbled to the floor under his own steam & knowing this lad he doesn't stay down. Obviously his welfare became paramount, the game was stopped for a good 10 minutes. A right knee injury but how severe? we wait & see, fingers crossed for Alex & wish him the very best.

Chester scored a penalty, which I missed whilst being a stretcher barer, ending the half with Chester leading 5-8.

Second half, for the first part at least mirrored what had gone before, Chester on the front foot & Loo a bit ramshackle. Loo were fighting fires all across midfield, leading to a frustated Doyle seeing yellow following a forceful clear-out. However, thankfully the penalty, again in front was missed.
Chester pressed & tested Loo defence, which now only fourteen stood up manfully, & seemingly somehow signalled the turning point in the game, on the back of some great territorial kicking from Ben Skea Loo took the upper hand in the last 15, pressure tolling eventually, a multi-phase pick & go try for Alfie Mutch. Con missed 10-8.

Sir blew the whistle soon after to end a game, which on the whole was error strewn for both sides, but no lack of effort & endeavor. I think Loos efforts in the last quarter just tipped the balance in a very close encounter, there will be tougher games ahead for both teams. Lots to work on for the Waterloo boys, fitness possibly, skills/handling probably, game management definitely. Thanks to Chester for a game played in the best spirit & on to next weekend at home again, this time against Sandbach. COYGB.