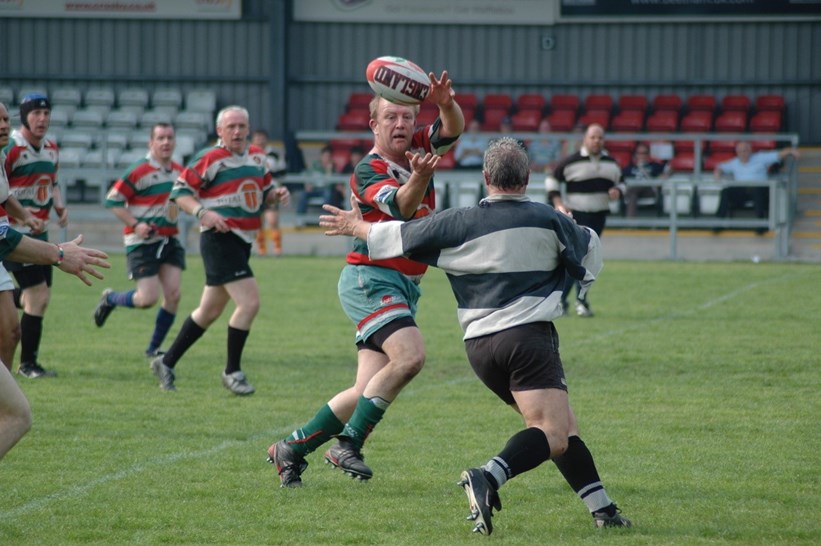 I write after a further break over the Summer with the hope that you have all had an enjoyable time, are refreshed and recuperated and ready for the 2019-20 season.

I have seen my first warm up game, am ready for another couple at the weekend and have received my first minis and juniors pitch allocation email so know that the season is upon us.

You will be pleased to know that there has been a lot going on at The Club.  It has been given a bit of a shine and tidy, with thanks to all who volunteered, including the young people from our Charity of the Year Crosby Air Training Corps, a charity based in Endbutt Lane that runs development sessions for young people up to age 18.  Their cadets helped us over the Summer and we hope to help them during the season.  A special thanks also to sponsors Stanley Byron of Crosby for helping out with supplies as the paintwork seemed to eat up the paint we had.

I think we all realise the fabric in certain parts of the ground needs a bit more attention than it has had in the past but with your help we can keep refreshing things.

Talking of refreshing things there are plans to provide more opportunities to use the Club during the Rugby Union World Cup.  We will look to open early at weekends to show live matches from Japan.  Most games kick off around 9.00 am and then 11.00, with England pool games featuring most weekends, other Home Nations are available.  It would be helpful to know if there is demand for breakfasts during these early opening Saturdays.  The Sundays will be open for the minis and juniors, but it would be helpful to have an idea of demand so that we can try and cater for it.  Please let Raychel, Sammy or myself know if you think early food being available is a good idea please?

I know both Men's and Women's squads have been working hard during the close season. Those attending on Thursday last will have seen new faces and some exciting rugby in the game against Ormskirk.  This Saturday the Men are due to play Lymm at Crouchley Lane, which will be a stiff test, but another good workout, in preparation for the opening game against Penrith up in Cumbria on 7th September.

The season starts a little later for the Women, 21st September is the first game, but there are pre-season friendlies this Sunday against a team from Gwent and the following week against Darlington Mowden Park.  More on that to come.

Although the juniors have not started matches yet one of their number, James O'Sullivan from last year's successful Under 16s team, was selected to represent an Irish Qualified squad in the IRFU Under 18's Festival in Limerick and I hope that all went well with that.  You will be aware that this year we are running a Senior Colts Team with last year's Junior Colts being joined by the Under 16s as part of a strategy to develop players and, as the season goes on, look at introducing them through to the senior teams when the coaches and parents feel the time is right.

Generally, I repeat my requests of members to keep me up to date with matters at the Club and in the Community that they feel will be of interest to me and other members.  There is lots going on and we want to be a part of it.  The website is being kept up to date with news as much as possible but if there is anything I can properly share in what again will become weekly notes please let me know.  I want to try and include as much as I can but as you will have seen often need a bit of help.

I do know that opportunities exist to join the 200 Club, I have seen it on the website.  I know that Raychel Strefford and Sammy Houghton are waiting to help run events at the Club for you and your friends. I know that the time to join or renew memberships of the WOPS is arriving and details of the WOPS lunches will soon be circulated.  I think the Vale of Lune game might be targeted as the first, but there will be lunches to be enjoyed each home game for the Men and as many as we can arrange for the Women.  I am sure that will increase as the visiting" Alicadoo" numbers increase for those games.

My final note is a bit of sad news, Graeme Marrs M.B.E., a stalwart member at our friends Birkenhead Park and for many years involved with Cheshire Rugby Union and the Anti-Assassins, and also a good friend to many at this Club, passed away just a week last Friday. Our thoughts are with his family and his friends. I understand that the game at Park on 5th October will be one of many events, I am sure, to celebrate a very full and eventful life,

We now also look forward, and with that I wish all of you a very enjoyable and fulfilling 2019-2020 season.