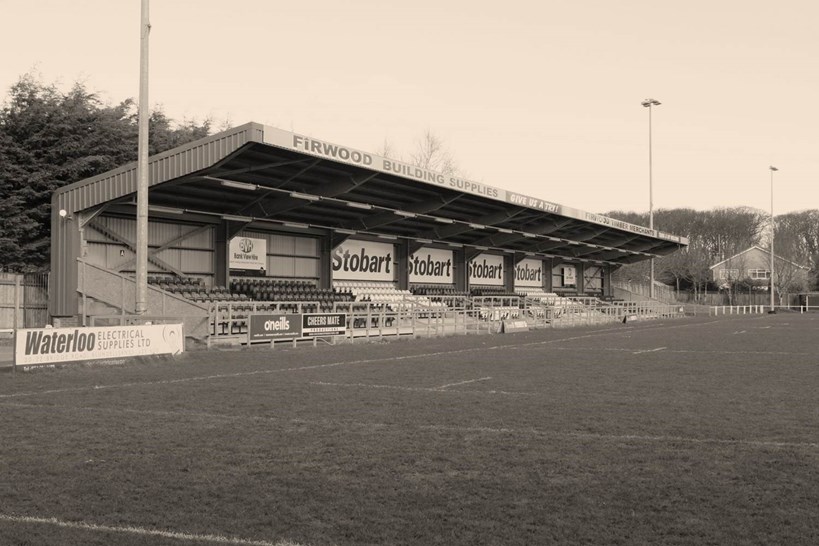 An occasional series of revisits to matches and tournaments of yesteryear.

Cup competitions in all sports always give teams an opportunity to test themselves against higher level competition.  Waterloo Rugby Club have had three notable runs in England's premier rugby union club competition – The John Player Cup in 1976 – 77, The Pilkington Cup 1992 - 93 and the Powergen Shield in 2003 – 04.

In this article we’ll focus on the Pilkington Cup 1992-93, two years before the game was to become a professional sport.  As a senior club playing in the second tier of English rugby Waterloo joined the competition in round 2 and travelled to Lichfield, winning 8 – 39.

In the third round they were delighted to be awarded a home fixture but perhaps had their enthusiasm tempered when they learned they were to face the current league and cup winners from England’s top flight - Bath.  The match attracted national interest as Nigel Starmer-Smith and his BBC crew from the programme Rugby Special travelled north to cover the match.  Waterloo edged a close game 9 – 8 against a Bath team that included a number of England stars: Jeremy Guscott, Phil de Glanville, Jonathan Webb and Gareth Chilcott.

The Bath website has a heritage section of match reports and has a record of the match and records that “An air of stunned disbelief hung over the Bath camp as the champions were hustled out of the cup, remarkably only their third defeat in the competition in ten years.”  Paul Grayson’s match-winning penalty was duly noted, “Grayson did try a little chip over the top, but he was obstructed. The ball sailed over [from the penalty] to a great Lancastrian roar and time ran out all too quickly on Bath whose panic-stricken approach was exemplified by Guscott’s pitiful attempt at a dropped goal when he had a four-to-two overlap.”  Bath recovered to win the competition the following season.

In the next round The Merseysiders had a local derby against Orrell, also from the league above.  A try by Austin Healey (who later made it to the quarter finals of BBC’s Strictly Come Dancing after going on to play rugby for Leicester and England) converted by Paul Grayson (later Northampton and England) in reply to Orrell’s penalty was enough to take the game.

And so to a fifth round match on  27th February 1993 at the Memorial Ground to face England’s glamour club, Harlequins.  It was always going to be a tough game against visitors whose starting line-up included five internationals Will Carling, Jason Leonard, Brian Moore, Andy Mullins and their captain Peter Winterbottom and others who would eventually receive international recognition.  A crowd of over 6,000 witnessed a tough, physical game with Waterloo losing by 14 – 21.

The game was not without controversy as after having had their boots inspected by the referee before the game, Harlequins then changed their boots to a longer stud - legal in rugby league, but at the time outlawed in rugby union.  The referee Stewart Piercy sent a number of Quins players off the field to change their boots, notably when Waterloo winger Austin Healey’s shirt was raked from his back.  It prompted a headline in The Independent newspaper “Quins’ win studded with controversy”, but Harlequins were worthy winners overall.  In the semi-final away from the Stoop they edged out Wasps by a point and in the final were beaten by Leicester 23 – 16.

Waterloo loose head prop on the day and current club Director, Mark Beckett vividly remembers the game.  “I think the general feeling of the forwards before the game was that we were ready to take on anyone and relished the next challenge.  Having bested the ‘unbeatable’ or perhaps ‘unsinkable’ Bath and the formidable Orrell team, both who common opinion believed had better packs at that time than Quins.  We felt we could take the battle to Quins.  We scored our first try from a pushover on their ball when we hurtled their scrum back over their line and Saverimutto dived on the ball to score amongst their disarray.”

“The crowd were raucous and full blooded in their support.  It took nearly five minutes to get through the players’ bar before the game to get to the changing rooms and the roar when we came on to the pitch was incredible.  The bar running out of cask beer an hour before kick-off lingers in the memory as I was the Commercial Manager then!  The weather played its part as we had four seasons in one day - sunshine rain, wind, hail and then sunshine again to finish.”

He continued, “Peter Winterbottom had a good game that day and Carling provided the hub for them to work around and their back three had serious pace. For us, the whole team worked manfully and under different circumstances, including injuries prior to the match (Paul Grayson) and during the match Steve Swindells and Ian Aitchison (so we lost our 3 front line kickers) it may well have ended in a different result.”

You can look at extracts from the match day programme here