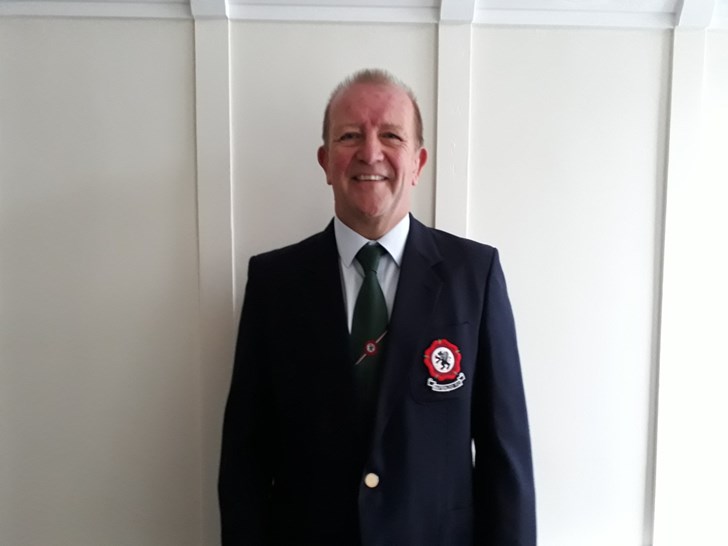 September is behind us, not going out in a blaze of glory for Firwood Waterloo's senior teams but a pretty action packed month to entertain us all. As you know the first week in October brings a week of rest to both Men's and Women's First teams, although there is still some action to be watched.

Returning to the last weekend, the Men travelled to the Isle of Man to play Douglas and despite the vocal support of the Awaydayers suffered a 34-16 defeat. Douglas, who had already beaten the much fancied Carlisle at home proved tough opponents on the day a strong pack provided the position for their backs to take the game away from us. A good club to visit, very hospitable and I look forward to their visit in the New Year.

The ladies travelled to Harlequins to complete a set of September fixtures featuring last season's Tyrrell's Premier 15's top three finishers. Again a competitive performance led to defeat by 27-6 for the First Team, the Seconds, who also travelled to Harlequins also losing as they continue to develop in what is their first season together. A note to look out for the return match against Harlequins on December 15, when Mark Flett is organising a lunch at the Club to support the teams

Closer to home the Men's Seconds had a good win against Rochdale ad the thirds came a strong second to cross river rivals Wallasey.

While the spare week for First teams will give both a chance to regroup and heal a few bumps and bruises, although some such as Lawrence Jenkins will need a little longer, there is action to be seen.

A Firwood Waterloo Men's Team will play this evening, Thursday, at the Memorial Ground against a team from Edge Hill under the lights. On Saturday everyone is away. The Ladies Seconds travel to Saracens for their next league game and Men's Seconds are at Stockport in the cup, with the MGM also drawn away in the cup at Winnington Park. If you can travel and support any of these teams please do, the players really appreciate it.

There is some rugby at the Club this weekend, although the Colts have a rest week and the Minis are at the Manchester Tournament, the Under 13's and Under 14's are both at home Sunday morning. If not overcome by the visit of the Giants to Liverpool this weekend then why not call down and see how the future is coming on.

Off the field massive congratulations to Sarah Beckett who has been called into the England Training Squad this week at Loughborough. A great honour and, hopefully, just the start of great things. Hopefully we will see her and Lauren Delaney in International contest in the not too distant future. It is also good to see on the RFU pages the continuing involvement of Holly Aitchison in the England 7's Squad.

In other news as well as the forthcoming Firework Display on 2nd November I am told that the Formby Silver Band will grace the Club on 21st December for the annual Carol Concert, look out on the website for tickets.

I hope to see you at these events or over the weekend, but remind you that the Club will still be open for the usual light refreshments for those who wish to partake. Thank you for your support and have a great weekend.

All the best.  Dave