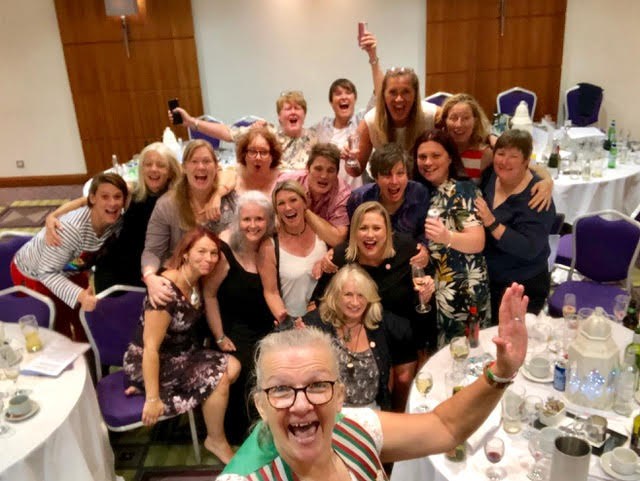 The Firwood Waterloo Women’s Section was established in August 1989

by a small group of players from the Liverpool Polytechnic Women's team that had played at the Club for the previous 2 seasons (Gill Burns, Jane Mangham, Julia Davies, Linda Donnohue & Valmai Roberts).

Exactly 30 years on from that first Open Day, the women held the first of their 30 year celebratory events.  A Dinner was held at the Holiday Inn Shepperton, on the eve of the England v Wales World Cup Warm up game on 10th August.

Over 50 ex players attended the dinner and the International Match the following day at Twickenham and fun was had by all.

The 3 decades of Women’s Rugby were celebrated with speeches from Gill Burns, Ally Ratcliffe and Linda Buckton and the current Chair of the Section, Christine Braithwaite, who spoke about the women’s current status in the Tyrrell’s Premiership.

Club President Dave Crank spoke eloquently to round up the evening in great style. As I’m sure you imagine, the singing and laughing went on until the early hours.

One thing the weekend affirmed is the life long friendships that rugby has given us - fun was had by all.
Further celebratory events will be held over the coming season.
Photographs of the celebrations can be found by clicking here
Tweet
Tweets by @WaterlooRugby